Zahra Mostafavi, Daughter of Imam Khomeini and Secretary General of Iran-based Society for Defending Palestine nation (SDPN), in a letter to some heads of Islamic countries, warned against the efforts of some countries to normalize relations with the Zionist regime and said that the Islamic States should be cautioned for their nations’ anger.

Here is the letter of Secretary General of the SDPN:

For some time the issue of cooperation between the Zionist Regime and some of the Islamic states is underway. Considering it’s importance and our obligations as an NGO defending the Palestinians I felt obliged to share with you some of the matters of relevance as a sincere advisor.

The cause of Palestine liberation and the Al-Quds AlSharif as taken up among the Muslim societies is based on this very hurt feelings. For the continued occupation of Palestine and AlQuds AlSharif is a long and continuous insult to the Islamic Ummah and the hostile actions of the regime is a continuous threat to the security and interest of all the countries in the region.

As the late Imam Khomeini stressed this cancerous tumor will not limit itself to Palestine and in a very short time would expand its political opportunities at regional level. Unfortunately, during the past 72 years, no effective or decisive measures have been undertaken by the Islamic countries to annul this long threat. The 72 years of Palestinians’ displacement is a significant factor that shows how the leaders of the Islamic world have failed to handle the issue of Palestine.

As some leaders of the Muslim world have overlooked the issue of Palestine, their occupation and their sufferings and displacement and instead, have taken steps to establish diplomatic ties with the occupiers of Palestine is in actual fact in contrast with the Islamic teachings and  the  Holy Quran itself,” and a  decision against Islamic  unity and fraternity as it is said :” وَ لَنْ یَجْعَلَ اللَّهُ لِلْکافِرینَ عَلَی الْمُؤْمِنینَ سَبیلاً

This is obviously to let down the duty of liberating  the Muslim land from the hands of Kufr. As  the supreme leader of the Islamic Revolution, Ayatollah Khamenie has stated, any relations with the Zionist Regime is a  high treason against the cause of Palestine and the Muslim Ummah .

The Zionist Regime has been established based on distorted teachings of Judaism. Those that God has called them as the worst enemies of the pious and has clearly commanded man not to create friendship with them , emphasizing that if any Muslim overlooks this command will not only  be  excluded from the pious but will also be part of them and who so ever abandons friendship with the pious and seeks friendship with the enemies will be counted as the oppressors and would never see the mercy and guidance of the Almighty and will be excluded from His Compassion:” لَتَجِدَنَّ أَشَدَّ النَّاسِ عَدَاوَةً لِلَّذِینَ آمَنُوا الْیَهُودَ “.

No doubt, choosing to establish ties with Israel would mean to acknowledge Palestine occupation and to create pact with the worst enemies of Muslims against the Muslims and this choice has flamed the feelings of the Muslim Ummah leading to oppositions by the Islamic Ummah across the world and further attempts against traitors to the liberation of Palestine and the Al-Quds Al-Sharif. Those who have made such a wrong decision will pay a heavy toll. They should not forget the fate of Anwar Sadat.

The fate of nations and states that the Holy Quran has emphasized to be studied  shows that the states will not stand forever but nations would remain and  those  very nations  will punish those  states that fall in treason.In this regard, the Muslim nations will take a heavy revenge from the states that have chosen to establish ties with the enemies and the worst enemy. The Society Defending Palestinians and the international Union of NGOs defending the people of Palestine are in fact the will and voice of Iranians as well as the national and international members that feel obliged and  responsible to warn  all Arab and Islamic  states towards the bitter outcomes of choosing to betray the cause of Palestine and to cooperate with the Zionist enemy. No doubt, what is to be the outcome of this choice, will be numerous socio-political issues as well as security and economic  problems  for your state and nation .

One of the policies of the Zionist Regime is it’s military and security presence in the entire west Asia region and north Africa especially in the strategic region of the Persian Gulf.

When Ariel Sharon, Israel’s former prime minister, the butcher of Sabra and Shatila, stressed on ‘the need of Israeli military forces presence in the Persian Gulf and control over the oil resources in the region’ there is no doubt   the ultimate goal of Israel within its deceitful literature of peace is in actual fact to expand its control over the entire Islamic geography which would lead  to endangering the interests and security of all the countries in the region and no doubt the smaller countries will be the most vulnerable.

We warn all Arabic and Islamic states about this wrong doing.

No doubt, if the Arabic and   the Islamic states remained beside the Palestinian nation as the Islamic Iran has stood besides the Palestinian cause for the past 42 years and has taken up this measure as part of its priority in its foreign policies  and has continued this trend with steadfastness and strong will during the past 42 years , the Palestinian liberation would have taken a faster pace and would have lead to an end to all the insecurity within the nations as well as the entire region through close cooperation.

Be assured that the oppressors will think the least about the interest and security of the countries in the region when it comes to their presence in the region. Israel is the result of their long colonial experience and their will is to take full control over the region through Zionism and as the US president remarked to milk the wealth of region and to be head them in the end.” قُل إِنَّ هُدَى اللَّهِ هُوَ الهُدى وَلَئِنِ اتَّبَعتَ أَهواءَهُم بَعدَ الَّذی جاءَکَ مِنَ العِلمِ  ما لَکَ مِنَ اللَّهِ مِن وَلِیٍّ وَلا نَصیرٍ “.

Society for Defending Palestine nation and

International Union of NGOs Supporting the Rights of People of Palestine 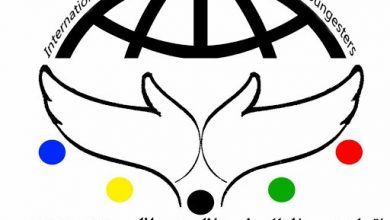 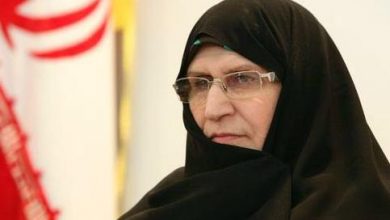 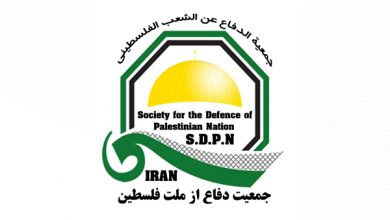